West Cumbria Rivers Trust is supporting the delivery of the Compensatory Measures Project which is a partnership project between United Utilities, Natural England, and the Enviornment Agency. The aim … 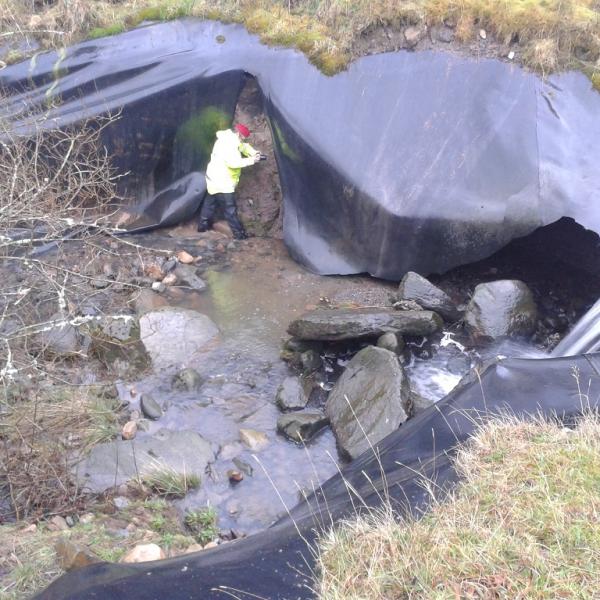 Removing a plastic liner from a 2.2km stretch of river to reduce flood risk, reduce plastic pollution, improve habitat and open up access to upstream areas for fish. 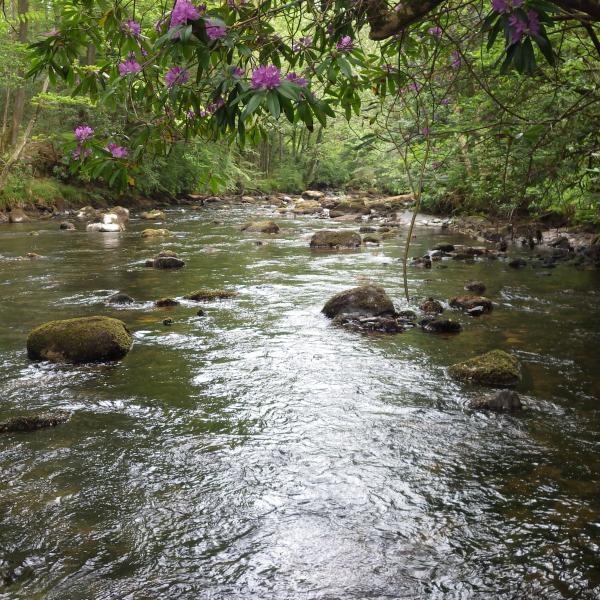 We are working within the Wasdale valley to restore the River Irt for freshwater mussels and fish.

The rivers and lakes of the English Lake District contain important populations of native migratory salmon and sea trout and non-migratory brown trout, iconic creatures such as otters and the less well known but equally important freshwater mussels and lampreys.

The goal for all our projects is to ensure that habitats are maintained to support diversity of flora and fauna in our lakes and rivers.

The Wild Rivers Catchment covers rivers in West Cumbria, including:

The River Ehen is designated as a Special Area of Conservation and a Site of Special Scientific Interest for freshwater mussels and Atlantic salmon. The Ehen supports the largest and last breeding population of freshwater mussels in England.

The Ehen’s source is at the western end of Ennerdale Water, fed by the River Liza. It runs west through the village of Ennerdale Bridge where it is joined by Croasdale Beck (off Banna Fell) and then on to Cleator Moor and Cleator where it is joined by the River Keekle before moving south through Egremont then running parallel to the Irish Sea which it eventually joins near the Sellafield nuclear site, at the same point as the River Calder.

The River Calder rises at Lankrigg Moss, flowing through wild, high land then under the atmospheric Monks Bridge, near the village of Calderbridge, before making its way through the site of the Sellafield nuclear plant. It then flows into the Irish Sea at the same point as the River Ehen, just south-west of Sellafield.

A clear lake-fed river, the Irt flows from the southwestern end of Wastwater, the deepest lake in England, leaving the lake at the foot of Whin Rigg, the southern peak of the dramatic Wastwater Screes. It flows through Nether Wasdale and Santon Bridge and crosses the Cumbria Coastal Way long distance footpath at Drigg Holme packhorse bridge. From there it flows through Drigg Dunes and the Irt Estuary Nature Reserve before joining the Esk and the Mite at picturesque Ravenglass.

The Mite rises on Tongue Moor just below Illgill Head and tumbles down the waterfalls of Mitredale Head on its descent into the narrow and steep sided upper Miterdale Valley.

It then flows south west to Eskdale Green, to the north of Muncaster Fell and Muncaster Mill before meeting the Esk and the Irt at Ravenglass estuary. For much of its route the Mite flows parallel to the Ravenglass and Eskdale narrow gauge railway (the Laal Ratty) and one of their locomotives is named after the river. Tributaries of the Mite include Robin Gill, Black Gill, Merebeck Gill, Mere Beck and Gill Beck.

At Ravenglass its waters merge with those of the Esk and the Mite.

The River Esk rises in the Scafell range of mountains just below Esk Hause and passes the Scafell Pikes and Esk Pike. The small river then flows through wild and scenic countryside before being joined by its first major tributary, Lingcove Beck at Lingcove Bridge. Within a few miles the Esk passes Brotherilkeld Farm, where it is joined by Hardknott Beck and the river flows westerly through the farmland of the Eskdale Valley, through Boot and Eskdale Green before joining the Irish Sea at Ravenglass.

The Esk tends to be synonymous with the name of the late, great angler Hugh Falkus who lived in Eskdale and used the river as a basis for much of his writing and filmmaking on angling and wildlife. The river became internationally famous through Falkus’ writing and films about the fantastic runs of sea trout and salmon which it used to enjoy. Unfortunately the Esk has been ravaged in the past by acid rain run-off and this factor, among others, led to dramatic falls in such runs. Thankfully, though a shadow of its fomer self, the Esk is now starting to make a recovery.

The River Annas is formed on the eastern edge of Bootle Village as the Kinmont Beck and Crookley Beck drain the southwestern fells of the Lake District. The River Annas then flows southwest towards Annaside before it is diverted northwestwards to flow parallel to the Irish Sea coast for 2km before it enters the sea at Selker.

Find out more about the Wild Rivers catchment on our Catchment mapping portal.